The above filly by TIME TEST ex REWAAYA (AUTHORIZED) is offered at the upcoming Tattersalls December Foal Sales. I designed this mating for her breeder and the resulting filly foal is an outstanding physical specimen, from one of the very best female families in the Stud Book. She is from the 14-c family, with her 4th dam being the outstanding European Champion 2yo filly in 1990 and subsequent 1000 GUINEAS winner SHADAYID, who traces in direct female line to the great PRETTY POLLY who won 22 of her 24 races, including the CHEVELEY PARK STAKES, 1000 GUINEAS, OAKS, CORONATION STAKES, NASSAU STAKES, ST.LEGER, CORONATION CUP (twice) and CHAMPION STAKES, etc.

The very best breeders have always known just how important it is to breed from the strongest and best female families and with the modern advancements in genetics, scientists have proven that mitochondrial DNA is passed from mother to daughter for many, many generations, meaning that top female families will consistently produce top-class horses, if mated wisely. This family has produced the likes of PRETTY POLLY, DONATELLO II, SHADAYID, NEARCTIC, VIENNA, MARWELL, MARLING, PSIDIUM, PAEAN, UNITE, BRIGADIER GERARD, WORKFORCE, ST. PADDY, GREAT NEPHEW, FLYING WATER, RUSSIAN RHYTHM, IFFRAAJ and CAPE CROSS, sire of the truly great SEA THE STARS. The very well-respected thoroughbred historian, TONY MORRIS, said of this female line, “Since the introduction of the European Pattern in 1971, there have been 290 individual winners of 528 Pattern Races, including 133 in Group 1 races, descending in tail-female line from Pretty Polly”. That number went up again recently, with the Group 2 win of AL QAREEM in France and he appears under the 2nd dam of this TIME TEST filly foal.

REWAAYA, the dam of this filly, bred and raced by His Highness Sheikh Hamdan Al Maktoum, won 3 of her 6 races for top trainer JOHN GOSDEN O.B.E and had an official rating of 103, making her the highest-rated dam of ANY of the TIME TEST foals to be offered, during the above sale. REWAAYA also had a Racing Post Rating of 107. She was a smart filly and has produced 3 winners from 3 runners so far. In my honest, professional opinion, the mating to TIME TEST is her best cover so far, by quite some way and I genuinely believe this filly has an excellent chance, in terms of genetic potential, to become a high-class stakes horse. The filly is an excellent walker, has good bone, a wonderful temperament and is very correct. She has impressed everyone that has seen her, including one very well-respected agent, who commented, “She’s a belter! You can’t fault her. This is the best Time Test foal I’ve seen”.

Her mating is the same cross/nick (DUBAWI/AUTHORIZED) that produced the GR2 winners AL HILALEE and NEW MANDATE and is also a very similar cross to the one that produced GR1 horses JOURNEY, SOBETSU, INDIGO GIRL and LADY OF DUBAI. With her 2nd dam being by DARSHAAN, she is also bred on the DUBAWI/DARSHAAN cross which produced GR1 winners AL KAZEEM and CORONET.

The filly is linebred 4×4 to champion racehorse and sire SADLER’S WELLS, which also makes her bred in a very similar fashion to the GR1 horses BAY BRIDGE and NEW ENERGY, both by NEW BAY, another son of DUBAWI. A duplication of SADLER’S WELLS has served TIME TEST very well so far, with GR2 winner CRYPTO FORCE being inbred 4×3 to the champion sire and looking like a genuine Classic contender for next season.

Lot 340 is also linebred 5×5 to champion miler BLUSHING GROOM, the same as the TIME TEST GR1 placed filly SUNSET SHIRAZ and also the same as the highly promising OKEECHOBEE who also looks like becoming a high-class stakes horse next season. One of the very significant things about the pedigree of champion BLUSHING GROOM is that he has LADY CYNOSURE in his pedigree, the full sister to the ubiquitous POLYMELUS, the paternal great grand-sire of TESIO’s outstanding and undefeated champion NEARCO. It is interesting to note that this year’s highly talented GR2 MILL REEF STAKES winner SAKHEER has THREE strains of champion BLUSHING GROOM but this TIME TEST filly foal has FOUR strains!!!! 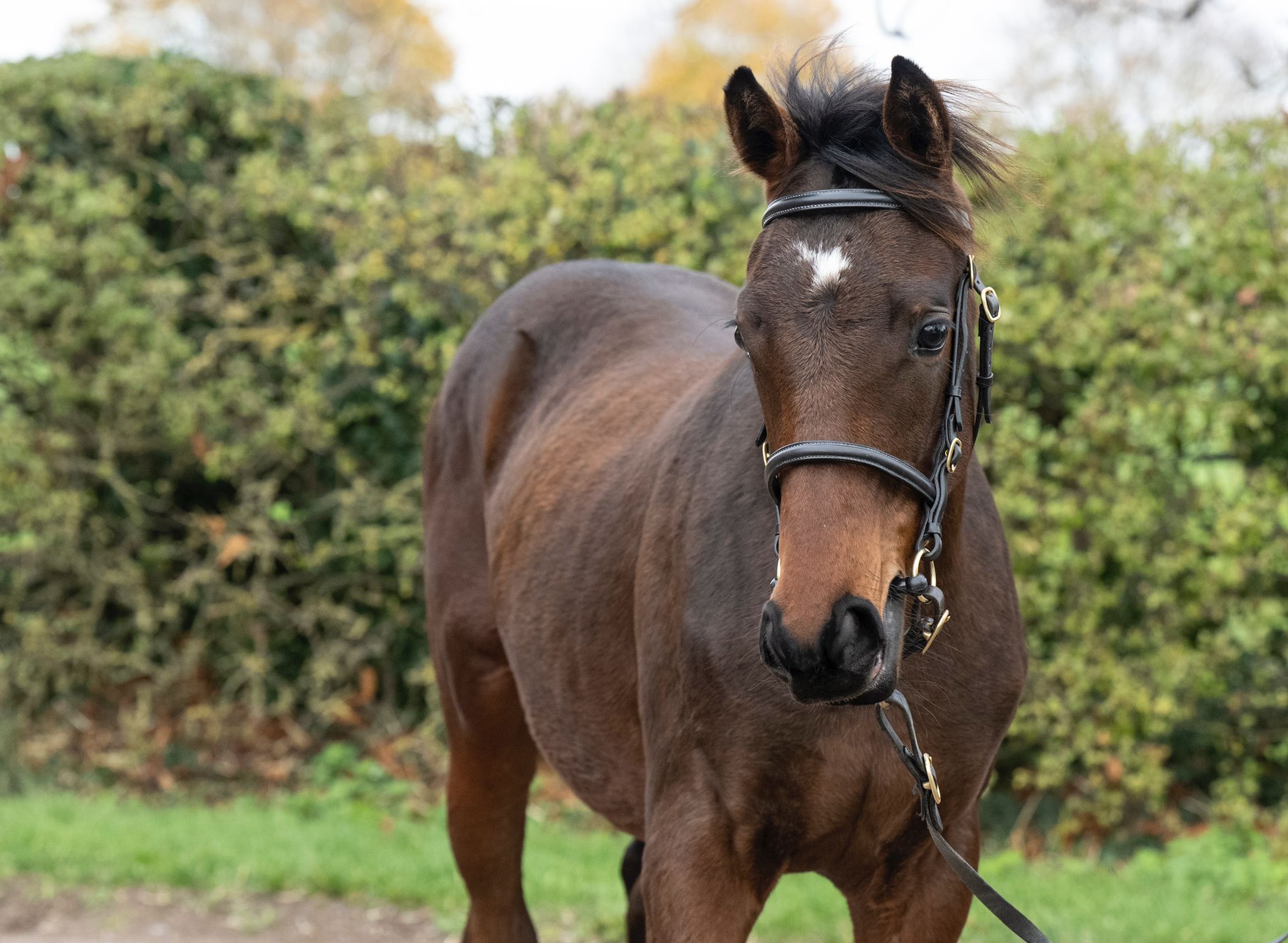 With regard to her preparation for this sale, her breeder comments “This is a super filly with a great trainable temperament and a real desire to please. She has been well-handled and led out through the local village, seeing tractors, lorries and coaches, etc. Nothing seems to faze her and she is very bold. We have walked her in hand and also led her from a quiet horse. She will settle behind another horse but her preference is to be in front. She loads easily and travels well and should be a super, uncomplicated prospect for someone to take on”.

We believe that this TIME TEST filly is a very special individual, who should equally appeal to the serious pin-hooker or owner-breeder, who is looking to breed high-class group horses from one of the very best female families in the stud book.

If I can be of any further assistance, regarding this filly, please do not hesitate to contact me on 07876573922 or designerpedigrees.org@gmail.com

2nd Dam SULAALAH (IRE), ran in U.A.E. at 3 years; dam of three winners from 5 runners and 7 foals of racing age including